Seizing the Moment–and Wishing that I Hadn’t

I attended my first writers conference in 1999, convinced that they’d kick me out once they discovered I had no writing talent. The third year, I gathered enough courage to schedule an appointment with the editor of a major Christian magazine to pitch a personal experience article. While the piece didn’t fit his periodical, John liked the basic story and suggested changes to make before I submitted it. I was thrilled that he didn’t just say no.

At dinner that evening someone asked if I’d had any exciting appointments. I told them about my meeting with John. Joanne shouted, “He’s looking for you!” She had just come from John’s workshop. He’d talked about a woman who had showed him an article he really liked, but he didn’t get her name. I doubted that I was the woman since I had talked with him less than two hours earlier, but Joanne was convinced, and so convincing. I wondered…

A few minutes later, John walked by. My fellow diners urged me to go after him. “There he is!” “Go talk to him!” “Yes, it’s you he’s looking for!” As John and I passed each other, we made eye contact. No sign of recognition. My heart sank, but then I decided to boldly seize the moment—for once in my life. I called his name and asked if he was looking for me. A little confused, he explained he’d been talking about a lady who showed him an article that only needed one sentence changed. He had not taken her name down, thinking she would get back to him. He said that he had been expecting to get tackled in the dining room; I told him that he almost had.

I crawled back to my table, and we all laughed about the misunderstanding. But Joanne felt horrible and I felt worse. Then I realized that editors must meet so many people at conferences––surely they don’t remember every writer who makes a fool out of herself.

In July, John notified me that my article would be in the December issue. I immediately emailed Joanne with the news: “So you were right—he was looking for me. He just didn’t know it at the time!”

Dianne Neal Matthews is the author of five daily devotional books including The One Year Women of the Bible and Designed for Devotion: A 365-Day Journey from Genesis to Revelation, which won a 2013 Selah Award. She also writes for websites and blogs, contributes to compilations (including Guideposts’ Mornings with Jesus), and teaches at writers’ conferences. To learn more, visit www.DianneNealMatthews.com or connect with Dianne through Facebook or Twitter.

Dianne Neal Matthews here, hoping to encourage you on the second Monday of September (can you believe it’s almost autumn already?). Lately, I’ve been thinking a lot about “writer’s paralysis”—not that cramped feeling in your hands when you’re pushing against a tight deadline, but another kind that’s more serious….

END_OF_DOCUMENT_TOKEN_TO_BE_REPLACED

Happy Anniversary to You! 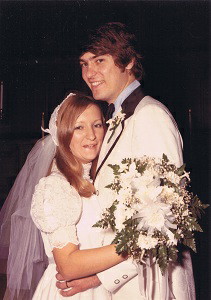 Dianne Neal Matthews here, writing from Salt Lake City. Although I’m posting this on the second Monday of July, I actually began writing it on a very special day—the last Friday in June. At the time, my husband and I were starting out on our weekend trip to celebrate our 38th anniversary. Okay, I know what you’re probably thinking…

END_OF_DOCUMENT_TOKEN_TO_BE_REPLACED

A Symphony of Words

Dianne Neal Matthews here, hoping to share some encouraging words with you on this second Monday of June. When I recently attended a symphony rehearsal, I enjoyed the music—but I also came away with inspiration to apply to the writing life.

END_OF_DOCUMENT_TOKEN_TO_BE_REPLACED

Decluttering Begins in the Mind

Dianne Neal Matthews here, realizing that this is the second Monday of the month and I’m supposed to post some encouraging words for you. But the truth is: I got nothin’.