Fulfill God’s Calling on Your Life

Recently, I was bummed out by some in the church who seemed to imply writing fiction is not a holy calling. They as much as said that if we aren’t engaged in outright evangelism, then we aren’t fulfilling the Great Commission.

I did some soul-searching. Told God, “I quit. I’m done (writing).” He immediately began sending me encouragement, reminding me that I write because He called me to it, and it is no less legitimate a calling than my call as a wife, mother, or friend.

But a reader’s note to me the very next day capped it and encouraged my heart with the words, “I think it’s important you know the good impact you are making (for) the body of Christ.” She said, “What you do is subtly draw a picture of what holy (clean, righteous, moral) living looks like in contrast to unrighteous living…This underlying message is clear in every one of your novels.”

And, “Finally, it is always such a joy to be able to be entertained and feel clean afterward! Your books are like a daffodil pushing up through a crevice in the rock and snow—beauty in this moral wilderness. Thank you, thank you, thank you!”

The timing of her words couldn’t have been better. The Lord is so kind. We all must fulfill the calling God gives us, and not the particular vision of other Christians who happen to be in our lives at any given time.

Linore Rose Burkard is a serious watcher of period films, a Janeite, and hopeless romantic. An award winning author best known for Inspirational Regency Romance, her first novel (Before the Season Ends) opened the genre for the CBA. Besides historical romance, Linore writes contemporary suspense (The Pulse Effex Series, as L.R. Burkard), contemporary romance (Falling In), and romantic short stories (ie., “Three French Hens”). Linore has a magna cum laude English Lit. degree from CUNY which she earned while taking herself far too seriously. She now resides in Ohio with her husband and family, where she turns her youthful angst into character or humor-driven plots. Sign up for Linore’s newsletter to be automatically entered in monthly book drawings. You’ll also receive a free novella, Coach and Four: Allisandra’s Tale, set in the days of King Charles II! Enter your email to join here: http://www.LinoreBurkard.com

Tension and Conflict Part 2 – The Nature of Conflict

For the next few months, I'm talking about conflict and tension, the heart of fiction. It is what grabs the reader and makes the story memorable. Last week, I introduced the set up to tension  and talk about characters, their goals and the hooks that keep the reader turning pages.Today you read about the nature of conflict

. While tension is the emotion of a novel, conflict is the power. It drives the story forward and causes the reader to hang on and go with the ride.Without conflict the scenes would be a slow walk through a park. Who cares?

Yet conflict has some "need to" factors. An argument over what color to paint a wall or whether the evening will be spent watching a good movie or a sports event is a common event in many households, but it doesn’t fit the definition of conflict in fiction. Many new writers think an argument between two people is what it takes, and though an argument that severs their relationship or causes one character to do something drastic is a form of conflict, arguments are not the ultimate.

So what is the nature of conflict? What is it that conflict needs to be in fiction?

Must have a worthy opponent
. If the conflict is involves another person, the person must be strong and clever. A dumb criminal is easily caught, but a smart one creates a dynamic story. As the main character expands his paths to undo the opponent, the opponent needs to also change and grow with the main character to make the fight worthwhile.

Must connect with the reader
. The conflict needs to be something in which a reader can relate. They can see the danger of the situation to the characters and to the even the world in a thriller. They must understand, and better yet the conflict makes even more impact if it’s something that has happened to them. This includes things like betrayal, fear, abuse, doubts, and internal struggles that many people experience.

Must produce emotion
.  Emotion is the reaction to conflict and it is what creates  tension. Conflict without tension is flat. This is the argument over a white or chocolate cake. A reader doesn’t care. They aren’t affected if a married woman comments on an attractive man, but if the woman finds herself dreaming of the man and looking forward to seeing him again, emotion is involved and thus tension since it signals a deeper conflict.

Tests the character
. Conflict that is powerful pushes a character to his limits. It forces him to demonstrate strengths & abilities he never realized he had, and it signals growth which is a must in good fiction. Readers want to see the character’s change and make progress in their lives.

Remember with gain there is loss. When the conflict is between people, someone wins and someone loses. Sometimes this could be an equally important character in the  novel, and this creates another conflict. But conflict can happen inside one person. If the character wants to be successful and famous, he will lose privacy and freedom. It goes with the gain. Along the same idea, sometimes to reach one goal, a character must lose another. To obtain the job promotion to better himself, he must move and lose connection with his family who needs him.

If you can include these qualities in your conflict, they will be powerful and suited to a strong fiction novel that relates to the reader, provides them with excitement and draws on their emotions.

Next month, I'll kinds of conflict.  See you then.

Tension And Conflict Part I 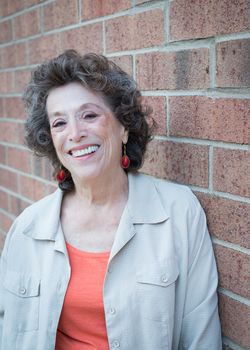 Welcome to the CAN Blog on this balmy day in Michigan from Gail Gaymer Martin at www.gailgaymermartin.com  I enjoy sharing information to you on Writing Fiction and today we begin a seven part topic of Conflict and Tension which drives the novel into the hearts of readers. So let's begin with Part I

The Set Up to Tension and Conflict

I recently presented a workshop on tension and conflict. The topic offers many steps to writing a good novel. I began this workshop with the basic elements needed to begin a novel because it sets up how conflict begins. Conflict is a concept you know is vital to any story. It is what drives your story and is an event that causes action between the opposition and the main character. Tension, on the other hand, is the character’s reaction to the event. This reaction arouses emotion of the character and the reader. Emotion is a must in any novel.

END_OF_DOCUMENT_TOKEN_TO_BE_REPLACED

Tension And Conflict Part I

Welcome to CAN’s new website from Gail Gaymer Martin at www.gailgaymermartin.com. Today I will begin a new series on Tension and Confict which is a driving force in fiction writing. I hope you enjoy the seven articles on this topic.

The Set Up to Tension and Conflict
I recently presented a workshop on tension and conflict. The topic offers many steps to writing a good novel. I began this workshop with the basic elements needed to begin a novel because it sets up how conflict begins. Conflict is a concept you know is vital to any story. It is what drives your story and is an event that causes action between the opposition and the main character. Tension, on the other hand, is the character’s reaction to the event. This reaction arouses emotion of the character and the reader. Emotion is a must in any novel.

Vulnerable Characters
Major characters must be vulnerable. They have flaws, weaknesses, fears, and sinful behaviors which they often are trying to hide. Immediately you find tension inherent in this situation. Whenever a character wants to avoid facing a truth, tension creating emotion happens. Another side of these flaws and weaknesses might be the character’s inability or avoidance to face them. It is denial. I am not impatient. I do not look at everything in a negative way. I don’t feel sorry for myself. When you look at your own flaws, you can relate to this problem. No one wants to admit what makes them less than perfect.

The Hook
Every novel needs a hook, a premise that draws the readers in and an event that makes them curious or ask questions. A hook is introduced when something happens. It can be the result of a new character entering the scene, receiving a letter or phone call, being offered a proposition, reading something in a newspaper, or a character’s startling statement. Whatever it is, the thing that happens is best when it adds surprise, makes the readers ask questions, or creates an emotion that pulls the reader along.

Next, the “happening” creates opposition to the character’s goal. Opposition is conflict. Well-known writer, Dwight Swain, in his book, Techniques of the Selling Writer, says that conflict can:
• Hinders
• Complicates
• Blocks
A goal is hindered when another conflict or another goal gets in the way, especially a goal that must be reached before the larger goal is accessible. Complications can involve an accident, another person demanding time or energy, a new piece of information that changes the direction of the goal. Finally goals can be blocked when someone gets there first or when someone removes options. I’m sure you can think of many other things to add to this list.

The next article will cover the Nature of Conflicts.

Backstory Is a Whole Other Story

Hi,
Dave Fessenden here with some thoughts on writing for this Friday blog.

I am experienced in nonfiction—I wrote a book on the subject, in fact—but when it comes to fiction, I still have a lot to learn. My first novel is coming out this month (The Case of the Exploding Speakeasy), and though I’m getting a lot of good reviews, I am not sure I’m ready to teach about fiction.

With that disclaimer, let me share an observation I had when reviewing a potential client’s fiction manuscript.