You are browsing the site archives by month.
30Nov 2012

The Challenge of Writing for Children–Part 1: Boardbooks

Many writers want to write a children’s book because they think it would be fun. Writing for children is fun, but fun does not mean easy! In fact, the more you learn about writing for children, the harder it gets. Most writers think of the standard 32-page picture book when they consider writing a children’s book, but there are other sub-genres within the genre of children’s literature that writers need to be familiar with.

END_OF_DOCUMENT_TOKEN_TO_BE_REPLACED

Davalynn Spencer here, still full after last week's great meal and
all those leftovers. Today Focus on the Family author Jeanette Hanscome joins me with a few tips on learning to be brave while being true to one's
self.

Jeanette, tell us how you got into writing?

My therapist made me do it. Can you believe that? He was so demanding! He also made me attend my first writer’s conference.

END_OF_DOCUMENT_TOKEN_TO_BE_REPLACED 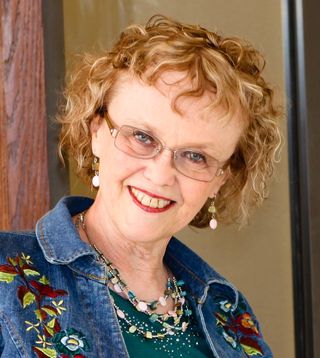 Pamela Meyers here with another post on marketing your book.

Last month, my post involved social networking and how new and veteran authors
can make it all work. I shared many tips that author, Jane Steen, presented at my local ACFW chapter in October, and promised this month I would share her tips on increasing your Twitter presence to your advantage.

If you are like me, you’ve been on Twitter a while now, probably used it a lot at first and then as life got in the way, found yourself only going there on occasion. After hearing Jane’s method on how to quickly build a following on Twitter, I found myself rethinking things.

So fasten your cyber seatbelts and get ready to build Twitter followers fast.

1. Follow 10-20 new people who interest you daily. Jane stressed, not to limit yourself to only people in the publishing industry. Spread out. Get your name and books out there.

This really takes very a short time. Nearly every day I get a notice from Twitter with at least three people who have started following me. I often delete the message unless I know the person, but lately I’ve taken the time to click on each follower’s link, read about them, and most times I  follow back.

Another way to find new people to follow is by going to the Twitter page of people you follow. On the left side of the screen, Twitter lists about three people that person follows. Choose one to follow and another person come in to take the place of the one you just followed.

2.  Unfollow the same number of people who have not followed you back (use JustUnFollow, ManageFlitter, or similar sites to keep track)

I haven’t yet done this (blame it on a tight deadline), but I plan to do it once I head into the holiday quiet period and see how it works. Jane has been using these sites for a while and says the system works well.

3. Keep your number of followers just above the number you follow.

I think the last point is very important. You want to keep it interesting, and most people aren’t interested in what you had for lunch or what chore you just finished. I stopped following someone once because it seemed most of her tweets were about the load of laundry she just finished or what she was cooking for dinner. Now, maybe if you are following Wolfgang Puck or Mario Batali (both famous chefs) their daily menu would be interesting, but probably not in most of our cases.

Also, you don’t want to tweet too often. Sometimes I’ve seen tweets come through one right after the other from one person. It’s apparent they set up the tweets ahead of time and scheduled them to send all at once. Spread them out.

Another point, not made on Jane’s list, but one I think important. Be careful to not self-promote ourselves right out of  a Twitter following. Nothing loses a follower faster than making our tweets all about us and our books. I once unfollowed a person because every single tweet she sent was a line from her current release, or a reminder where to buy the book. One or two is fine, but a dozen in one day is overkill.

If you are really organized, you can set up a time once or twice a week and schedule Tweets to release throughout the next several days. Jane recommends using HootSuite to do this. Also Buffer or Timely are other sites that offer similar functions.

One last thing. Don’t feel you have to respond to people’s tweets, but try to respond back to people who respond directly to you. This is good for building relationships with potential readers.

So, get on Twitter. Open an account if you don’t have one, reacquaint yourself with it, if you do,  but haven’t been there in a while. If you have other suggestions that have worked for you, please comment!

Hey you sophisticated speakers out there. Have you ever found a surprise during a speaking engagement?

I did. And I thought I’d share it with you.

“Wow…that was a long day,” hubby said when I told him how my Saturday was.

END_OF_DOCUMENT_TOKEN_TO_BE_REPLACED

Beyond the Movie in Your Mind 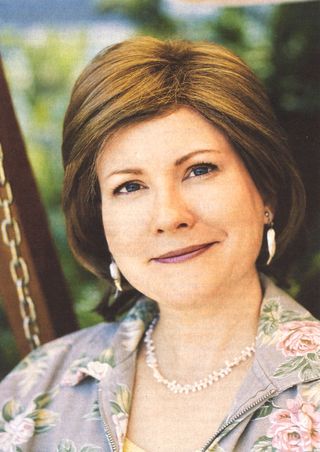 Hello! Maureen Pratt here with another blog post about the craft of writing.

I’m typing this just before I leave to see one of the “blockbuster” movies coming out during this holiday season. Many films are timed to open during the next couple of months so that they can be eligible for award consideration, so the selection these days is varied and abundant.

Anticipating seeing “Lincoln,” (my movie of choice today), I thought I’d talk today about fiction writing and a very specific way of filtering that “movie in the mind” to better hone story telling and characterization.

The concept of translating the “movie in the mind” to a novel, novella, or shorter story is a powerful one. Movies are by their nature action-packed, and when told on the big screen, they take on an epic quality even if the story involves only two characters. Sweeping scenes, broad emotions, and long passages are the things that hook us into sitting and watching – or sitting and writing. But forever lengthy storytelling can become unwieldy and dilute the impact of a very worthy tale.

This is where the “secret weapon” of moviemakers comes in, and where we can glean some very worthwhile food for thought and action. After a scene has been shot and a movie “in the can,” comes the shirt-sleeves-rolled up work, the place where the story truly gets told: The editing room.

I’m not talking about rewriting in this context, that is, I’m not addressing the need to rework scenes, characters, plot points, or even changing the setting of a work. The editing to which I refer is more about establishing the pacing, featuring (however briefly) the small details that illustrate big points, and sculpting the work as it stands so that it can be three-dimensional, even if the words physically lie flat on the page.

Editing in this sense is carried out by watching the movie, and then coming in close on specific points that tell a bigger tale. For example, perhaps you like the initial description of your heroine. She’s petite, brunette, blue-eyed. Now, “movie-edit” and look at several possible “shots” that you can use to more precisely and uniquely describe her. Is one shoulder slightly lower than the other, perhaps indicating she’s carried a heavy load (a briefcase?) a long way for a long time? Is there even lighter hair coming in at her roots, indicating a transition from brunette to arriving middle age? Even if she appears calm at the start, does she have a characteristic fidgeting habit with her fingers indicating some tension underneath? As with picking which shots to use in a movie, in a book, pick out helpful details and use them in description, too.

Cinematic editing is also important when deciding where a scene begins and ends. We’ve all had the experience of not knowing, for example, how to close out a critical scene, with the result that the conversation or action becomes diluted from too much indecision. A masterful editor knows exactly when to “cut,” often timing down to a second. This takes practice. A useful exercise is to take a scene that you feel is too long and cut it a few times at different points. How does each cut affect the flow? Tension? Impact? Practice makes perfect!

In movie editing, many aspects of the work come into play, and the same is true for a book. For example, movie editors are conscious of where music comes in and how it builds a scene. Think about this next time you’re going over your work. What music do you hear and when; that is, what background do you have in your scene that fleshes out either the characters or the setting? Also, how is the continuity from one scene to another? Are you sure that your hero remains brown eyed throughout, or that the local bakery is just that and doesn’t transform to a bookshop halfway through the book?

As you watch movies this holiday season and beyond, notice the editing – where cuts are made, which shots are used (where the focus is placed), and how music and other background elements play in telling the story as a whole. Then see which of these tools might help you go beyond the movie in your mind and arrive at a work that is multidimensional, compelling, and true!