I prayed my brother’s life would crash and burn 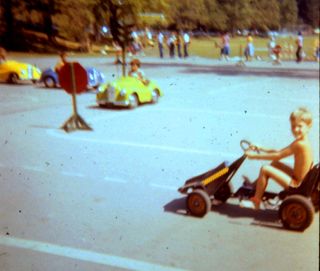 My family on my paternal side is riddled with alcoholism. I call it the family plague. But this past year I’ve seen the Lord reach down and pull my younger brother up by the scruff of the neck and set him on the road to sobriety.

My 41-year-old brother, Steve, had no time for God. It was too painful to watch his life spiral out of control as he lived only for the next bottle of vodka. But before Steve would ever even think of God, I knew he had to reach bottom. About two years ago I began to pray that he’d reach that point, and reach it fast before all hope was lost.

The Lord answered those prayers. He allowed my brother to go down that long, long, destructive road, and at last he crashed.

He’d already lost two marriages, a home, and the opportunity to be a full-time dad to his two girls. But it wasn’t until he lost the love and respect of his youngest daughter that he finally woke up to what he was doing. It was when his fifteen-year-old Kristen wouldn’t return his phone calls or agree to see him that Steve finally realized he needed help.

That was only the start of the long road back to health. Even then, Steve kept returning to his addiction that held on to him like manacles around his wrists and ankles. But through prayer we began to see the release of my brother from this strangling hold.

We so often think of prayer as the last resort. But I’ve come to realize that prayer is not just that thing that helps us get things done—as if that were the inspiration behind our abilities and powers of persuasion.

Prayer is the work.

In the Book of Mark, chapter 9:14-29, we read that the Lord’s disciples were trying to release a young man from demon possession. This young man was so much like my brother, throwing himself into the fire.

Jesus had already given his disciples the authority and the training to cast out evil spirits such as afflicted this young man. But nothing they did worked. It didn’t even seem to matter how much faith they had. Jesus Himself was able to cast out the demon and set this young man free.

The passage concludes with Jesus’ words, “This kind can only come out through prayer.”

Prayer isn’t the last resort according to Jesus. Prayer is the greatest work.

It is prayer and prayer alone that will cast the alcoholism from my brother. With God all things are possible. 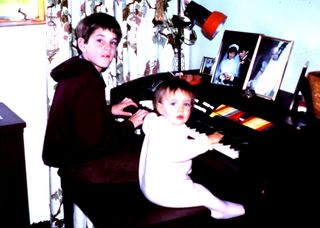