Have you ever wanted to visit the seven churches of The Revelation, the marble city of Ephesus, or follow Paul’s journeys? These sites are all located in what used to be known as Asia Minor, but which are in today’s country of Turkey.

I spent five months in Adana, Turkey on the Incirlik Air Base there. During that time, I visited many exotic places in that amazing land from the exotic city of Istanbul to the gorgeous seacoast towns of Antalya and Alanya. A person need only drive a mile or two before bumping into an archa

Shadow of the Dagger by Anne Greene

eological site left from the time of Alexander the Great or the Crusaders. Some small villages, with their flat-roofed dwellings, flocks of sheep, and outdoor ovens for baking bread and kilns for pottery, look as if they sprang straight from the pages of the Bible

I fell in love with Turkey. Being a writer, I felt compelled to write a book with the sights and sounds of Turkey as minor characters. My book, Shadow of the Dagger, takes you on a suspense- filled adventure that ends in one of the ruined crusader castles. Shadow of the Dagger is the first book in my CIA Operatives series.

Three people are murdered and one kidnapped to find the solution to a priceless treasure map. As Nicole Phillips seeks to find her kidnapped brother, she doesn’t know whom to trust. No one is who they appear to be.

To bring his brother’s murderer to justice, CIA Intel Analyst, Josh Baruch, lays his life on the line. Can he walk the tightrope between obeying the killers’ instructions and bringing them to justice?

Because Nicole’s husband died in a mysterious plane crash, she fears falling in love again with a reckless, danger-loving type like her late husband. Josh Baruch, the CIA Analyst using her as bait to track her brother’s kidnapper, is just such a risk-taking man. Besides living on the edge, Josh is bitter about women and questions God. My book is available at: www.AnneGreeneAuthor.com

For the trip of your life, I highly recommend visiting Turkey.

Here’s a picture of me and the ruined castle, which is one I explored in Turkey. The castle appeared in my book, Shadow of the Dagger. Come explore the castle inside the pages of my book.

ANNE GREENE delights in writing about alpha heroes who aren’t afraid to fall on their knees in prayer, and about gutsy heroines.  Anne hopes her books transport the reader to awesome new worlds and touch hearts to seek a deeper spiritual relationship with the Lord Jesus. Read More about Anne at www.AnneGreeneAuthor.com.

CAN Authors Have Much to Offer!

Your CAN authors are award winning, prolific, and sharing what’s on their hearts! Check out this weeks’ round up of good news and happenings in our writing community.

An Improper Proposal by Davalynn Spencer

New Release: No Safe Place by H. L. Wegley Releases May 21
Genre: Romantic Suspense
Publisher: Trinity Press International
ISBN-13:   978-0-9964937-6-5
About the book: A young man returning from the far country trying to regain his honor, and a young woman with a heart broken by her parents’ rejection because of her faith, each have what the other needs. But will the assassin who put them on his hit list give them enough time to discover what they have in each other?
No Safe Place, modern-day, prodigal story that races from the scenic beaches of the Olympic National Park to the beauty of Lake Chelan in Central Washington State, a story of courage, honor, faith, forgiveness, and love.
Preorder: https://amzn.to/2vchkea

About the Author:
H. L. Wegley served as an Air Force Intelligence Analyst and a Weather Officer. In civilian life, he worked as a research scientist, publishing in the scientific literature, then developed Boeing computing systems for twenty years before he and his wife retired near Seattle. He is an award-winning author of inspirational thrillers and high-action romantic-suspense novels.

After exposing an illegal adoption ring, newly named “Kara Grant” is promised safety in Witness Protection. But someone has found her—and wants her dead. If only she could trust the handsome firefighter, Jake Steele, who catches her fleeing from a suspicious fire but who thinks she’s guilty of burning her own home.

About the author:
Sandra Orchard is the award-winning author of inspirational romantic suspense with Love Inspired Suspense and mysteries with Revell publishing. Her novels have garnered numerous awards for romance and mystery and suspense. In addition to her busy writing schedule, Sandra enjoys speaking at events and teaching writing workshops. Sandra and her husband of 25+ years live in the heart of Niagara, Canada, not far from their three grown children and two adorable grandchildren. http://sandraorchard.com http://facebook.com/SandraOrchard
New CAN Releases are posted by Christine Lindsay, author of the multi-award-winning novels, Shadowed in Silk and Captured by Moonlight and the soon to be released Veiled at Midnight. 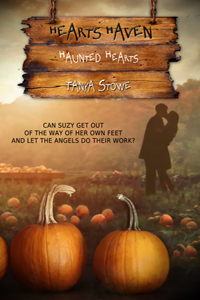 Firefighter
Scott Lunsford is haunted by his past. Tormented by loss and reeling
from guilt, he hasn't been the same since a car accident claimed his
girlfriend's life. He should have saved her. With his life and his faith
in ruins, he takes a leave of absence and throws himself into the
renovation of his turn-of-the-century house. His days are filled with
renewing and rebuilding, but the nights bring voices and apparitions and
Scott fears he's losing his mind….