Are You a Scribe of the Kingdom? 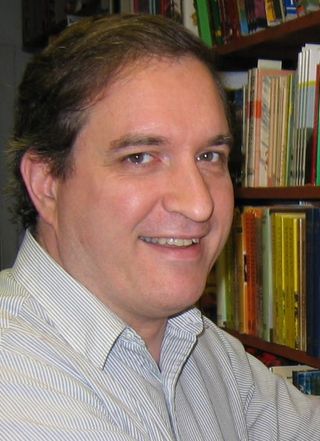 Hi, writers! Dave Fessenden here to ask you a question: Are you a scribe of the Kingdom?

Tucked away in the last chapter of Romans is a seemingly obscure verse: “I, Tertius, who wrote down this letter, greet you in the Lord” (16:22).

Tertius was a scribe, and the ministry he performed was an important one. Though his function was little more than that of a secretary, Tertius stands as an example to Christian writers: he faithfully committed to paper the things he heard from the Apostle Paul.

When I once referred to Christian writers as scribes, a friend of mine started to chuckle. He was thinking of what Jesus said about the scribes and Pharisees—and he didn’t think that was quite appropriate!

I would never want to align myself with those vultures that tried to trap our Lord with words. But Jesus also spoke of the scribe who was “instructed in the kingdom of heaven, . . . which bringeth forth out of his treasure things old and new” (Matthew 13:52).

What is a scribe? The literal translation of the Greek word means a professional writer. That’s what Tertius was—a professional. And professionalism is the goal we should seek.

I am not, of course, advocating becoming a “professional” (hack) writer, the type that can slant an article for or against any viewpoint, depending on who is paying. I am speaking of the kind of writer that has, for example, learned the basics of grammar, punctuation and syntax. A professional does not need to be trained in the proper use of tools; only the apprentice does. A professional does not deal in trite phrases and overused ideas; instead, he takes from his treasure things old (research and study, especially in the Scriptures) and new (insights gained from a fresh walk with the Lord).

If you are a professional in the strictest sense of the word—in other words, if you make your living or at least supplement your income by writing—there is a danger you must avoid. That is the fact that you tend to think in terms of writing for money, and I cannot think of a better way to dam up the creative flow than the desire for remuneration.

It is a sad fact that there are scandalously small financial rewards for the average freelancer. Those who refuse to write for anything but higher-paying opportunities (and we won’t even mention those that don’t pay at all) are apt to become discouraged very quickly. And if you allow yourself to think that your highest-paying pieces are your “best” writing, you can place an over-emphasis on the marketing of your material. Once you stop concentrating on developing your writing skill, you lose control of your craft. A professional writer seeks honest pay for honest work, while at the same time not allowing payment to cloud his or her calling from God.

Another mark of the professional is the discipline of staying fresh in your walk with God. The scribe of the kingdom brings out of his treasure things old and new. But we have so many wonderful commentaries and study guides and devotionals that we sometimes cannot hear God’s new message to us. Material to enhance the study of God’s Word is useful and helpful, but it must be balanced by spending time alone with Him. Knowing much about God is a poor substitute for knowing Him. It is through that relationship that the real writing ideas—and the spiritual power to communicate them—are cultivated.

Are you willing to take the challenge of being a professional? Are you ready to be like Tertius, and faithfully commit to paper (or computer screen, as the case may be) the truths God has taught you? If so, welcome aboard. It’s the start (or more likely for you, just the continuation) of an exciting new adventure!

Dave Fessenden is a freelance editor and publishing consultant, capitalizing on his 30 years experience in writing and editing. He is also a literary agent with WordWise Media Services. Dave represents authors in Bible studies, theology, academic, social and cultural issues in nonfiction, as well as speculative (sci-fi/fantasy) and historical fiction.

Dave is the author of seven books, hundreds of newspaper and magazine articles, and editor of numerous books. He is a frequent speaker at writers’ conferences, and has a blog on Christian nonfiction writing, www.FromConcepttoContract.com. In 2011 Dave compiled his experience in Christian publishing to produce Writing the Christian Nonfiction Book: Concept to Contract, published by SonFire Media. Following this book’s success, SonFire asked him to write the first in a series of instructional e-books for Christian authors. A Christian Writer’s Guide to the Book Proposal was released in April of 2014.

Dave’s first novel, The Case of the Exploding Speakeasy, came out in 2013 through Lighthouse Publishing of the Carolinas. It reflects his love for history and for the Sherlock Holmes stories of Arthur Conan-Doyle.