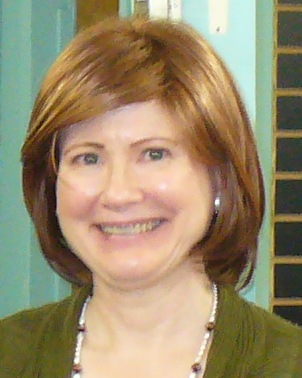 In the Book of Genesis, God created the world – all of it! - in 6 days and rested on the 7th (and I daresay He's been busy ever since)!

Was it then that began humankind's fascination, or perhaps sometimes obsession, with things "faster, bigger, greater?"

Biblical reference aside (God is, after all, above and beyond us mere mortals), all around us, we hear of the things people accomplish in seemingly, amazingly brief periods of time. As workers in the written word, we marvel at bookstore shelves where certain authors take up whole rows, or whose volumes even ripple down to a second or third shelf, too!  How quickly their fingers must lightning over their computer keyboards! And, even more quickly, how their minds must race to the next project and the next!  They are incredible, these super writers! It's only natural to aspire to just such achievement, such work.

Whether written quickly or slowly, lasting books, stories, and other pieces of writing do not have, at their core, a time clock as the central attraction. Indeed, the reader or audience member probably has no idea how quickly something went from idea to fruition. He or she also probably doesn't care. What is important is the truth of the matter, the depth, breadth, heart and soul of the piece. And this can only be achieved if the story is allowed to unfold in its and God's good time.

I once wrote an entire screenplay in one weekend. Yup. Fade in to fade out in less than 72 hours. But I can say in all honesty, it was not a very good screenplay. An exercise in speed typing, perhaps. But just not fit for the silver screen. I did not let that story unfold as it should, giving it room and time to breathe. Reading back on it, I recognize some "flashes of brilliance." But otherwise..I'd like to say I could keep up at that pace and turn out good work, but it just isn't, well, me.

As each of us moves farther along the writer's journey, we begin to realize not only what we want to write about, but how we work best. Some produce truly good work after good work at a quick clip. Some have multiple books in progress, or other projects at various stages of developement at the same time. Others turtle along with one book and cannot start another without completely finishing the work at hand.And still others, some authors who have written one amazing work and others like them who are to come, might write everyday, but will only have one book in print for years and years. Think Margaret Mitchell. Think Charlotte and Emily Bronte. Think John Kennedy Toole. Ones and twos each of  them – but, oh! What books!

Besides discovering and nurturing our unique writing pace, another task that is crucial to allowing stories to unfold as they should is to as effectively as possible manage the externals – deadlines, agent/editor/marketing rep expectations, reader demands. These can easily propel us onward with energy (theirs) and frustration (ours), if those demands do not match our inner "clock" for writing. Yes, it's hard to stand up to people who are so eager to see what we're writing (and to publish and read it). But, if, for you, quantity does not beget quality, pray for courage and the right words to say in response. Play Mama Bear, if you must, so that you "cub" develops (unfolds) into a great grizzlie of a work!

I'm reading through a book of letters written by Flannery O'Connor ("The Habit of Being"). O'Connor is considered by many to be one of the greatest American, Christian-themed writers. Early in her career, she had been writing short stories that were the chapters of a novel-in-progress. O'Connor had won an award for the work, and a few of the stories had been accepted for publication in literary journals. In a query letter to agent Elizabeth McKee, O'Connor writes, "The novel, except for isolated chapters, is in no condition to be sent to you at this point…I am a very slow worker and it is possible that I won't write another story until I finish this novel and that no other chapters of the novel will prove salable. I have never had an agent so I have no idea what your disposition might be toward my type of writer"

Talk about an author who understood her process! And, who had the courage let others know what it was! McKee agreed to represent O'Connor, and to great success for them both.

Whether you write quickly and produce volumes, or you have one book to gift to the world, allowing the work to unfold in time and deepen with nurtured ripening will undoubtedly yield great fruit,stories that are true, and books that last.

Blessings of joy and peace!
Maureen