Marriage by Arrangement by Anne Greene 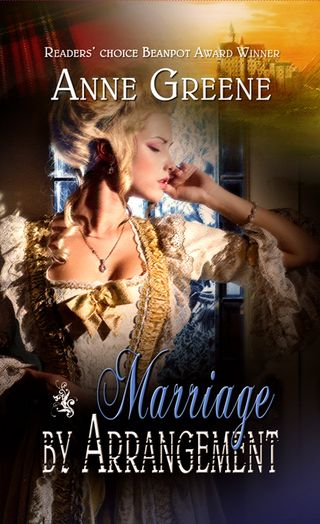 Why does a handsome, powerful noble of the highest rank in England stoop to marry a mere lady of Lowland Scotland?

Are the whispered stories about him true? With his shadowy past and strange behavior what awful secret does he hide? Each change of clothes transforms him into a different man….

Can Lady Cailin keep her vow to make her marriage happy and successful, unlike that of her parents, or to save her unborn child, must she arrange for the Duke’s accidental death?

ANNE GREENE delights in writing about wounded heroes and gutsy heroines. Her second novel, a Scottish historical, Masquerade Marriage, won the New England Reader Choice award, the Laurel Wreath Award, and the Heart of Excellence Award. The sequel Marriage By Arrangement released November, 2013.  A Texas Christmas Mystery also won awards. She makes her home in McKinney, Texas. Tim LaHaye led her to the Lord when she was twenty-one and Chuck Swindoll is her Pastor. View Anne’s travel pictures and art work at http://www.AnneGreeneAuthor.com. Anne’s highest hope is that her stories transport the reader to an awesome new world and touch hearts to seek a deeper spiritual relationship with the Lord Jesus.

Buy Anne’s books at http://www.PelicanBookGroup.com. Or at http://www.Amazon.com. Visit http://www.anneswritingupdates.blogspot.com for information on writing an award-winning novel. Talk with Anne on twitter at @TheAnneGreene. Visit Anne’s Facebook page at http://www.facebook.com/AnneWGreeneAuthor.